On the daily chart, Bitcoin’s price was maintained by the support in the range of the 200MA which is forming around $9100. It’s fragile and it could lose altitude down to the $8600 area. Resistance in this range is at around $9600 and it seems stable. However, it should be accounted for the fact that the market is in a volatile period and it’s not advisable to hold Stop-Loss orders these days.

Against the USD, ETH failed to break the resistance at $190 and the price was supported around the 50MA. Support is found around $177 and the trend line has been breached. The strong resistance in the 200MA hasn’t been tested yet.

Against Bitcoin, we saw an attempt to break 0.2BTC. Support in this range is around 0.019BTC. Meanwhile, the price is producing higher lows than before which is a sign of an upward trend.

Against the dollar, the downward trend was short and now support is built around 28 cents. Resistance in this range is around 31 cents. The change in trend doesn’t suggest a lot, but it looks like a healthy correction.

Against Bitcoin, the price is supported around 3000SAT. It’s slightly fragile but it holds for now. Resistance in this range is at 3300SAT.

Against the USD, the price climbed back to $20. Support at this range is around $19 after the cryptocurrency changed its trend in august and corrected from $26.

Against Bitcoin, we saw a correction to 0.0019BTC but it didn’t really pressure traders, despite the decline in trading volume. The price corrected and found resistance at 0.0023BTC. The support at 0.002BTC is a bit fragile.

Against the USD we saw two attempts to break the resistance at 9 cents, both of which failed. In other words, if this resistance breaks down, things might get interesting. The support in this range is at around 8 cents and it hasn’t been tested. Last time we saw an attempt to break this resistance, the price pulled back to 5 cents and this should be taken into account. 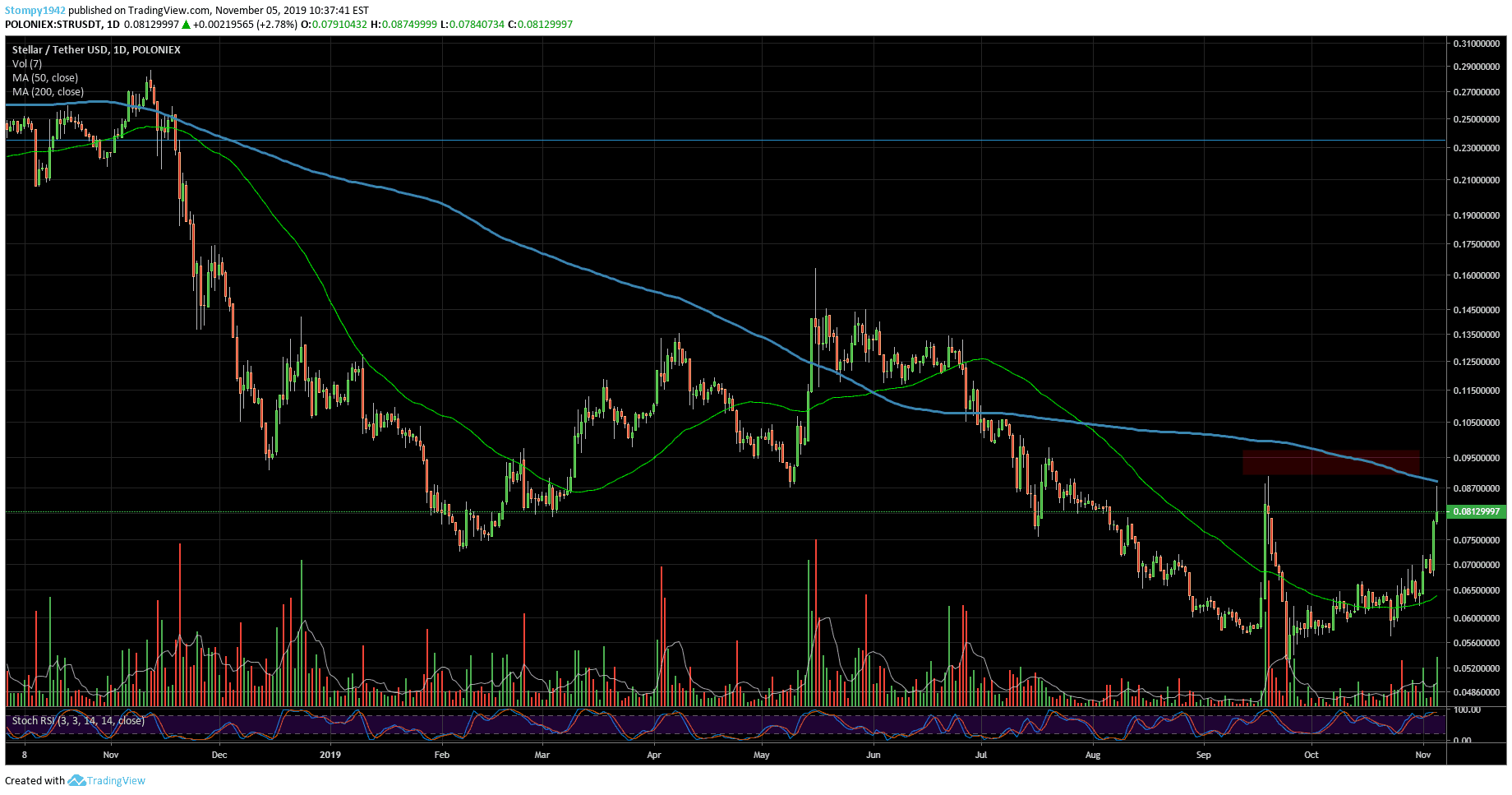 Against BTC, stellar has been going down but since September, XLM has changed its direction in an attempt to break 900SAT. These attempts failed and the price is now supported at around 700SAT.