Despite Bitcoin’s latest surge, which was undoubtedly among the most impressive in years, a lot of people continue to be fairly bearish in the short term. Bitcoin gained around $3,000 in less than 24 hours last Friday, but the subsequent pullback seems to have raised doubts in the community.

Last week brought significant attention to the cryptocurrency market because of price movements in both directions. On Friday, Bitcoin and the other cryptocurrencies’ prices skyrocketed. The largest cryptocurrency by market cap marked a 42% increase, the largest percentage increase since 2011.

However, since then, the price has retraced, settling around $9,100 and $9,200 with minimal shifts. Furthermore, Bitcoin has been marking lower highs in the past few days, trading within this rather tight range. This was recently brought up by popular Bitcoin proponent Alex Saunders, who asked his followers whether they were bearish or bullish in the current market conditions. 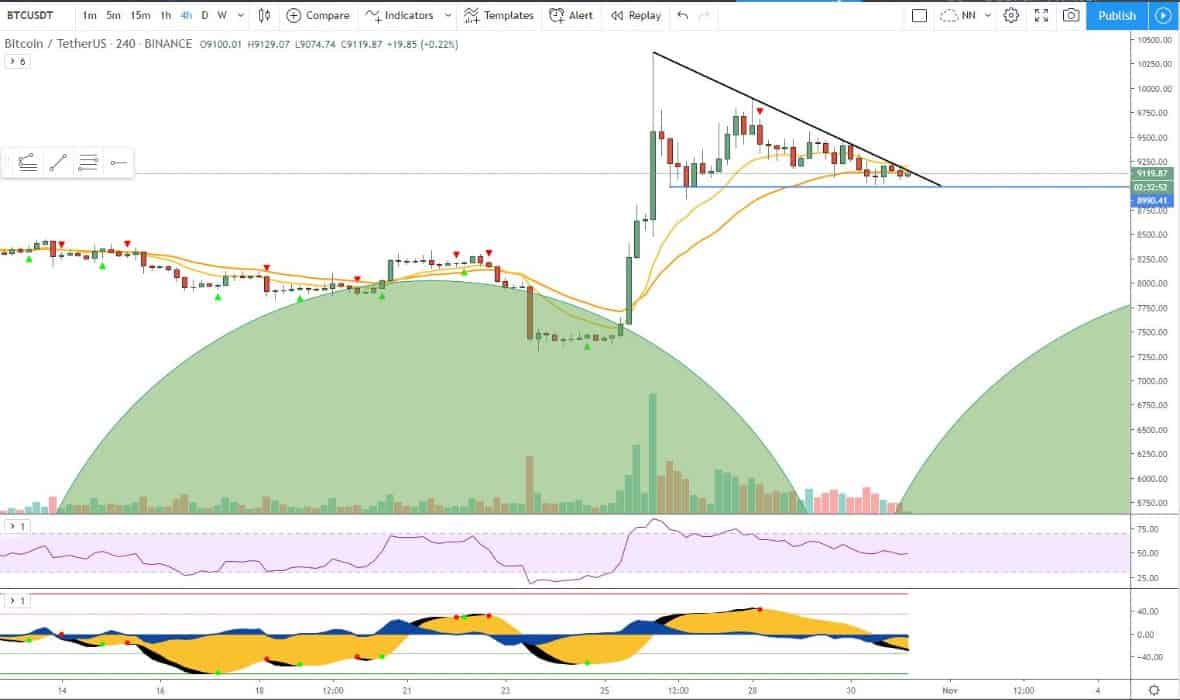 Where is Bitcoin Headed?

With a few exceptions, Bitcoin’s price has remained calm over the last few days, but the majority of people in the crypto community evidently believe that the bears may take control. For starters, take this recent Twitter poll: 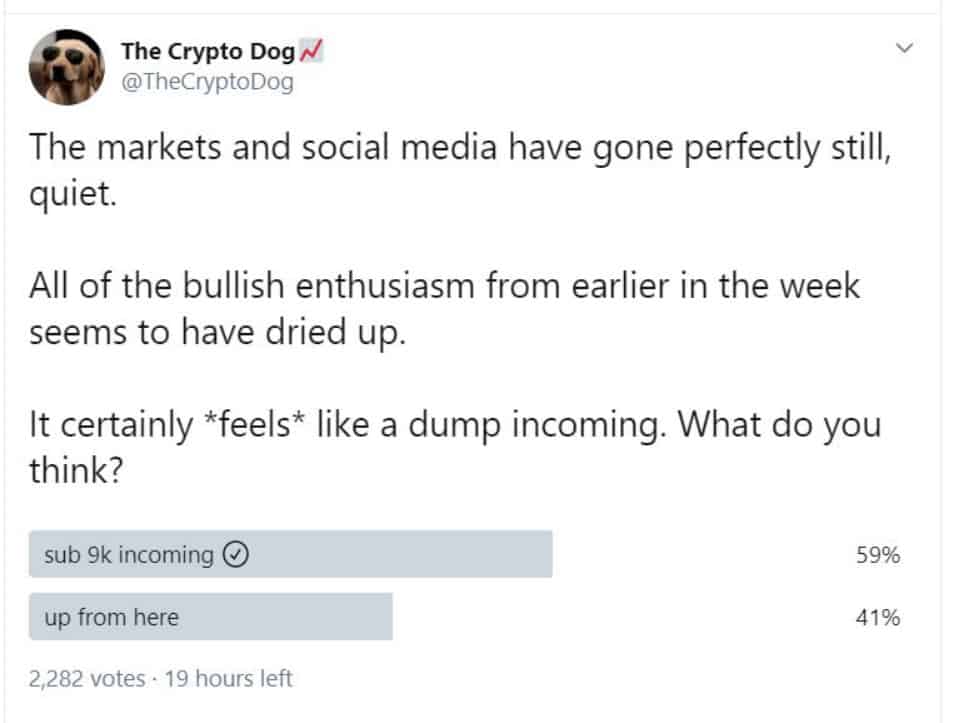 While the poll is ongoing, at the time of this writing, 1,243 out of 2,108 voters think that the bears have the advantage at the moment.

Ever since the monthly high of $10,350, Bitcoin has been marking lower highs on the 4-hour chart. Support has stayed at the $9,000 level, which is also where the significant 200-day moving average line lies. This might be the most notable support level, and if broken, the price could be headed down to $8,500. On the other hand, if upcoming action is bullish, $9,400 and then $9,750 is where we could expect to encounter resistance.

While most of the community apparently believes that red will be the predominant color, Bitcoin’s price has more than once done the exact opposite of what the majority predicts.